Mesh Medical Device News Desk, December 4, 2020 ~ Thomas W. wanted to share his story. He chronicles his hernia mesh journey and the response from the doctors who dismissed his concerns and his desire to have a voice in his own medical care.

Unfortunately, this story is all too common. Thank you Tom.

June 17th 2015: The urologist was examining me and I asked what those 2 bumps were in my groin areas. She replied, I have Bilateral Inguinal hernias.

She told me to have a general Surgeon take a look. I got an appointment with Hernia doctors at Christiana Hospital in Delaware and set me up with a surgeon.

July 30th 2015: At the hernia surgeon office, He comes in does not examine me and pulls out a screen from his desk draw that is 6x6 inches. He says this is the remarkable mesh that I will put in you to prevent any recurring hernias. I was 55 at the time and I asked him after 55 years of not having a hernia which I was deep into playing sports, blown up in Lebanon, and worked on cars and light trucks for many years pulling heads off engines, removing transmissions etc., why do I need that put in me. His reply was " This is the new way all doctors perform hernia mesh surgery."

This was the start of 6 years of severe pain, and demoralizing frustrations and anger.

August 10th 2015: Day of Bilateral Inguinal Surgery. August 24th 2015 first postop appt. Asked doctor about some pain on both sides. He said it was normal.
Nov. 20th 2015: 2nd appointment, told Doctor that there is something wrong down there and I want him to help me. Doctor said there is nothing wrong without any tests. He then says I am dismissing you from my care. I was Livid!
‍

Looking for a Doctor

For the next 5 years I tried to find a doctor that would take my case I found five doctors but they all said, " go back to the original doctor", or "man up", or "you aren't hurting". Just made me so angry I had to quit and try taking heavy opioids until I almost died from the meds. I stopped breathing.
‍

December 23rd 2019: Went to the Wilmington VA Hospital in Delaware. I found A general surgeon Named Dr. Robert Caskey. He said he would perform hernia revision on both inguinal sides.

Jan. 6th 2020 He first did right side, had 2 recurring hernias and mesh plug pulling on cord and pulling testicle up. He freed the mesh from the cord, he also had to remove 2 of the 3 nerves in the groin and a lot of scar tissue and adhesions.
‍
July 8th 2020: Dr. Caskey performed revision surgery on left inguinal side. There was 3 hernias, one at femoral and 2 inguinal hernias. One of the inguinal hernias was trapped onto the cord under the mesh plug that with adhesions were densely adhered to the cord. Dr. Caskey said it was too unsafe to remove mesh plug from cord. Had to get 2 CT scans with contrast, 2 MRI's, 2 Ultrasounds and a nerve block to prove that mesh plug around the cord was causing severe pain to testicle.

October 22nd 2020 Went to Philly VA Hospital to see Dr. Caskey, he reviewed the test's and said the only way to stop the pain is removing testicle and the cord where the mesh plug is adhered to the cord. November 10th 2020 Had the surgery for mesh plug, cord and testicle removal. No more severe pain on left side at all now.

"All of this did not have to happen if the information about mesh is shown to the patients and everybody else including the DOCTORS. That Dr. that didn't listen to my argument about not having a hernia for 55 years why do I need mesh? His reply "It's the New Way to prevent hernias from recurring. He convinced me that the Doc is always right, Right?" "

Manufacturers, Doctors, and the FDA

‍
You can't just blame doctors and manufactures, The FDA is allowing the the makers of the mesh to perform the tests themselves without any oversight. We all have to try to fix the MESH PROBLEMS! By the way I've lost a lot of tissue and some ligament in left side along with part of muscle where the mesh plug damage was. By the way the original mesh the first Doctor put in me which he said prevents hernias well why did I end up with 3 in left inguinal and 2 in right inguinal after 1st surgery?

I hope this is what you wanted Jane, I cant keep writing about all the wrongs about mesh , doctors and manufactures my arm wont work any more. The main thing is INFORMATION for patients and Doctors. More involvement by the FDA and certified testing. That's enough. Take care Jane stay safe.

Ella Ebaugh on Struggling in Silence

Open Letter to Surgeons Who Have Implanted Mesh 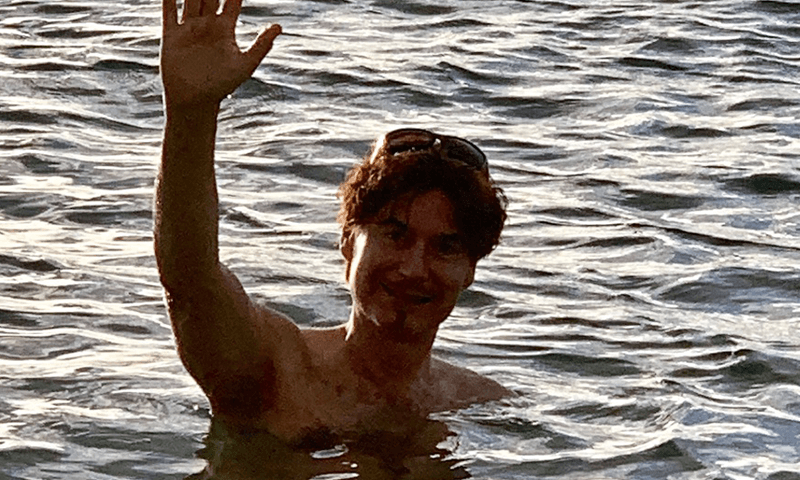 One Week from Hernia Surgery to Swimming in Hawaii!

Vladae Roytapel is known as the, Russian Dog Wizard, from Newport Beach, California. Voted Best Dog Trainer in his area for many years, he was at a loss as to how to address his hernia.