Paragard remains on the market.

Paragard is an IUD (intrauterine device) implanted in the uterus to prevent pregnancy. The device is made by CooperSurgical and received an FDA New Drug application approval in 1984.

Paragard is made up of flexible polyethylene plastic wrapped with a thin layer of copper coil around the arms and stem.

Copper is the active ingredient that continually releases into the uterine cavity. It incites an inflammatory reaction toxic to sperm and egg that reportedly interferes with sperm transport and egg fertilization, blocking the sperm from reaching an egg and implanting in the uterus.

Of the three Food and Drug Administration (FDA) approved IUDs - Mirena, Skyla and Liletta - Paragard is the only one that uses copper, not a hormone.

The device marketing says the FDA approved the copper IUD and it’s been safely used for more than 30 years.

Sales were estimated to be $168 million in the 12-months ending in June 2017, according to one complaint.

Long-term studies on animals to assess the potential of cancer with a copper-containing IUD have not been performed.

Unfortunately, there have been thousands of reports of problems in women implanted with Paragard, including at least 15 deaths. Women have experienced device breakage during its explant (removal) causing complications and injuries including surgery to remove the pieces, infertility, and pain.  Other complications include:

·   Migration outside of the uterus

The FDA has warned that Paragard removal may be difficult because of “partial penetration or embedment of Paragard in the myometrium” (middle layer of the uterine wall). Paragard may “attach to or go through the uterus and cause other problems,” so reports CooperSurgical of Trumbull, Connecticut.

About the size of a pack of sugar, the user is not expected to feel Paragard. Periods are predicted to be heavier and longer with spotting in between. Pregnancy with an IUD in place is associated with an increased risk of miscarriage, premature labor and delivery, and sepsis.

Paragard may be safe to use up to ten years, according to the manufacturer, an extension from the original four-year user guideline.

Women are told that after removal they should be able to conceive.

In an FDA letter dated July 2019 to CooperSurgical Regulatory Affairs, the FDA said its direct-to-consumer (DTC) television advertisements (referring to the dancing women) make false or misleading representations about the risks associated with ParaGard and fails to include risk information. https://www.fda.gov/media/129526/download

Paragard remains on the market and has not been subject to any recalls.

Since it’s been on the market, the Food and Drug Administration has received more than 40,000 reports of adverse reactions to the Paragard T380a contraceptive. FDA’s Adverse Events Reporting System (FAERS) has reportedly received more than 15,000 death reports.

In 2019 alone, FAERS received more than 7,000 complication reports about Paragard.

IUDs, a popular form of birth control, have long been associated with an increase in pelvic inflammatory disease (PID), infertility, and death.

The most notorious IUD was the Dalkon Shield of the 1970s, which negatively impacted hundreds of thousands of women causing pelvic inflammatory disease, infertility, spontaneous abortions, and death.

The Dalkon Shield problems sparked the passage of the Medical Device Amendments of 1976, that, for the first time, gave the FDA some control over medical devices.

In another problematic product case, Bayer offered a $12.2 million settlement in 2018 with thousands of claimants over complications associated with the Mirena IUD.

Cooper Companies, a Delaware Corporation with headquarters in Pleasanton, California, purchased assets of ParaGard IUD in September 2017 for $1.1 billion. Cooper Surgical is a subsidiary of Cooper companies.

Under Georgia law, successors-in-interest are liable.

So far, 95 cases have been filed and MDL 2974 is established in the Northern District of Georgia before U.S. District Judge Leigh Martin May. On December 16, 2020, the Judicial Panel on Multidistrict Litigation (JPML) issued a transfer order. At the time, there were 80 actions pending in 36 districts.

The defendants are alleged to have understood the risks from clinical trials and post-marketing complaints but failed to warn and instead concealed and suppressed the dangers, one complaint reads. (Plendl v Teva et al)

Lawsuits on the Horizon - Do they Represent the Scope of Injuries? 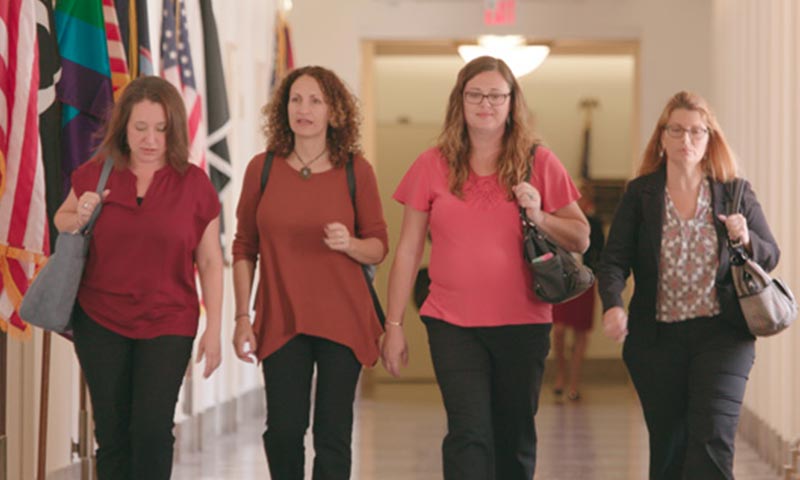 When women were injured by the birth control device Essure, they became the driving force behind the removal of the controversial device from the market.

Members of the Mesh Awareness Movement (MAM) are featured in the new documentary, The Bleeding Edge, which premiered in NYC in April 2018, highlighting women's medical devices that harm.