‍Mesh Medical Device News Desk, July 30, 2018 ~ Essure Problems was the Facebook group that became the driving force behind the removal of the Essure birth control device from the market, first overseas, then in the U.S.

The announcement was made last week by manufacturer Bayer that the company would phase out Essure use in the States by the end of the year.

Angie Firmalino of Essure Problems talked to Mesh News Desk about the Essure campaign, its success and the similarities and differences with another problematic medical device, surgical mesh.

Bayer says the removal from the market of its controversial birth control device, Essure is for business reasons.  Last September, Bayer began removing Essure from the market outside of the U.S. but this country was the last holdout.

Over the last seven years, a Facebook group, Essure Problems has gained momentum as thousands of women gathered online to complain of serious health problems associated with their Essure implant, including pain, and perforations of the uterus and fallopian tubes.

Angie Firmalino, 46, of Tannersville, N.Y. had the device inserted in 2009, a couple of years later she developed pain and bleeding. The coils had traveled to her uterus. She had to have a hysterectomy.
‍

Firmalino tells MND the Facebook support group, Essure Problems, blossomed, especially as women found out they were not alone. There is no way to know how many women have been implanted but Bayer says its sold 750,000 Essure kits.

"We thought we were alone, and we found each other, how to talk to your doctors, the removal process and how to educate physicians on how to remove properly."

Then a member came across the 2002 transcript of the FDA meeting where they approved this device.

"We started reading it and we were just blown away at this approval process. There were such a small number of women in the clinical trials, they were followed for a short period of time.  All of the FDA panel members had significant questions that Bayer couldn't answer because they had no long-term data, yet they approved this device."

At the end of that panel meeting transcript, there was a number for the company that videotaped the expert panel meeting.  They raised the money and bought those DVD.

"They were mind blowing. I sat there for 4 hours and I couldn't believe what I was watching.”

Taking excerpts of the panel meeting, the group then put the videos on YouTube after they bought the rights to the video. There are now four YouTube videos on the approval meeting.

The group dug further - into the materials and methods of implantation, doctors and the FDA approval process. Essure was approved under the FDA’s PMA, premarket approval process, with supporting documentation in the form of clinical trials submitted to the FDA to assure safety.  A class III device, its manufacturer enjoys federal preemption. A U.S. Supreme Court case established that manufacturers could not be sued if their device was approved by the FDA.

Surgical mesh was class II, meaning there were no clinical trials, just an FDA requirement to name a “predicate device” already marketed which is similar.

Before activist, Erin Brockovich got involved, Firmalino says media interest was "very minimal" but then Brockovich set up a web page where women could submit their stories.

They are in bed with the manufacturers, they're putting profits before patients. The documentary, newly released on Netflix, The Bleeding Edge explores the relationships where a previous FDA commissioner will then gain a job with the very industries he regulated. Then later, that person revolves back into a job within the FDA.

THEIR OWN DOCTORS RESISTANT TO PATIENT COMPLAINTS

Did you find doctors were resistant to your message, MND asked Firmalino?

Then there is the woman bias. “God forbid it was a penis, it doesn't work that way for women.   Go on an antidepressant, they are told. I can't believe some of the things women are told comes out of their doctors' mouths.”

Firmalino describes one encounter she experienced.

"You look fine to me" said her doctor.  "I can look at someone and in 30 seconds tell if they are sick, you look fine to me."  I was like goodbye, said Firmalino, I haven't even told you my story.
‍

Like mesh, Essure was heralded by gynecologists, some of whom had conflicting financial arrangements with device maker, Bayer.

CNN reports Bayer paid $2.5 million to 11,850 doctors, some earning more than $100,000. These payments are legal and often lead to more device sales and implants than other doctors. In the case profiled in CNN, Dr. Cindy Basinski was paid $168,000 during a four year period. She implanted the woman profiled in the story (here).

With the launch of The Bleeding Edge, Firmalino and others believe now is the time to tackle surgical mesh, still used every day to treat incontinence and for hernia repair.

“We have some faulty approval processes in place. We are starting with the Medical Device Safety Act, which is a small change to the Food Drug and Cosmetic Act which would remove the preemption that class three medical devices have. But if you look at the 510(k), that is a nightmare too.  Things are approved based on a predicate that has been found to be defective. "

“This is a technologically advanced world now and we are relying on things from the 1970's and 80's and we need to bring things up to date, and we need to stop this conflict between industry and the FDA. There needs to be a third party doing clinical trials and not just industry bringing their biased information to the FDA. They are going to tell them what they want the results to be.”~ Angie Firmalino

Essure Problems is working with a nonprofit Peace Is Loud and last Friday launched the website, MedicalDeviceProblems.com (also dot org and dot net).  The goal is one think tank where people harmed by medical devices can talk to each other and work collectively to enact change.

“It seems as though the mesh world is very divided, that's what we are trying to figure it out. There are many groups and a lot of animosity between them. It’s hard to know who to work with; we are trying to navigate that right now. Who is willing to put their drama aside and get things done?  We need help to bring those groups together. If you want to be heard you have to unify and stop fighting amongst yourself.”

MND, Doctor Sunshine - What You May Want to Know About Your Doctors' Conflicts of Interest,  July 2016 (here) 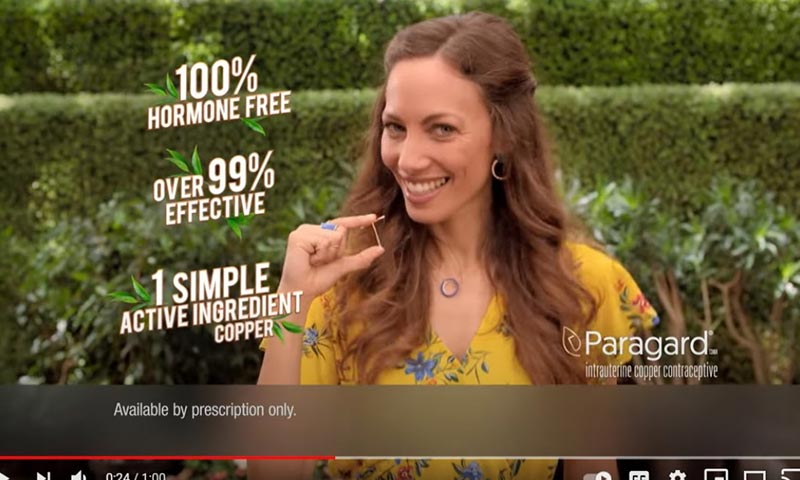 There have been so many reports of complications concerning Paragard IUD, including 15 deaths, that a new MDL is forming in Georgia to take cases to trial.