Mesh Medical Device News Desk, January 10, 2012 ~ The front-page headlines in Europe concern substandard and defective breast implants made by the French company Poly Implants Protheses (PIP) that ruptured and deflated leaking machine-grade silicone in the women who had the implants to enhance their appearance or to mask the effects of disfiguring breast surgery.
‍

On Tuesday, January 10, Reuters reports (here) PIP tried to expand its reach into the U.S. about a decade ago. PIP is now defunct after about 300,000 women worldwide received the defective implants.

The French company Poly Implants Protheses (PIP), was headed by Jean-Claude Mas, a former butcher (as in the meat, ham and sausage kind) according to Reuters (here).

PIP manufactured breast implants, among them silicone breast implants full of industrial grade silicone with a tendency to rupture. Just for the record, industrial silicone is not supposed to be in a medical device - it is intended for machines.  This is described as a global scandal because the defective breast implants were sold in 65 countries and were even rebranded by a Dutch company so they could be sold in Venezuela and Bolivia, which smuggled them in.

American tourists bought them in Brazil.

The French government will now pay for the women to have the defective breast implants removed, but will not pay for replacement implants. The British government has said there is not enough evidence to recommend the routine removal of the defective implants currently in about 40,000 women in the UK, according to the New York Times (here).
‍

By way of background - Dow Corning began making the first breast implants in a Hemlock, Michigan lab in 1963. Donald McGhan was a pioneer of the breast implant industry, reports Reuters. He worked in that Dow Corning lab and by the 1970s founded the McGhan Medical Corp to sell silicone breast implants. By 1999 he founded MediCor Ltd. and signed on to distribute PIP breast implants in the U.S., despite the fact the thin membranes were found to rupture more often than other implants.

That led to thousands of product liability lawsuits and the FDA ban on silicone implants from 1992 to 2006.

But that didn’t stop McGhan from partnering with Mas - McGhan with the technical know-how and a salesman's personality and Mas, the exporter of defective implants. Even when the FDA said ‘no’ to the PIP implants in 2000, the duo forged ahead anticipating eventual approval, even creating a shell corporation and a U.S.-listed stock.

When the FDA investigated a PIP plant in France and found the implants to be ‘adulterated’, and rejected their sale in the U.S., MediCor continue selling the implants until 2002. Doctors told Reuters that they were under the impression they could still use the devices they had on their shelves to replace implants that had broken. Dozens of women from across the U.S. received the defective PIP saline implants which eventually failed.

A New Mexico surgeon said of the 20 implants he had on his shelf 15 eventually failed.

The FDA did allow the defective implants to be used under a “compassionate use” exemption, reports Reuters, if a woman’s other PIP implant had ruptured or deflated. But the number was limited to 300.

"For women who were suffering from a ruptured implant of this type, it was felt that there were not other implants on the market that would give a satisfactory cosmetic appearance," said Dr. William Maisel, the deputy director and chief scientist of the FDA's devices division, in an interview with Reuters.
‍

PIP and the FDA

While the FDA blinked, PIP was still on doctor’s shelves. A letter went out to about 1,000 surgeons requesting they send back all of the PIP implants still unused, but only 10 to 20 percent responded to a first letter. Dr. Maisel tells Reuters more than half responded to the second letter and the agency feels confident PIP implants are no longer used.

The defective product lawsuits were settled in a $4 billion class action settlement in 1994 which bankrupt Dow Corning.

McGhan, in his 70’s, is now in a Texas prison serving a 10-year term on wire fraud charges for using investor’s real estate funds to try and build another implant business.  He had a run-in over allegations of stealing money from shareholders and false accounting by the Securities and Exchange Commission, an allegation that cost him his job as head of MediCor Ltd. Reuters looking at the SEC filings, found McGhan’s company dodged FDA constraints on the controversial implants and continued marketing for two years after the FDA said they were defective and banned their sale in the U.S.

McGhan’s MediCor went bankrupt in 2007 leaving behind $28 million in debt to the U.S. market.

What happened to Mas?

That country’s health minister is asking Mr. Mas to account for his actions.

He is in southern France recuperating from surgery and is wanted for drunk driving in Costa Rica. PIP executives may be facing charges under French law and the company declared bankruptcy in 1999. 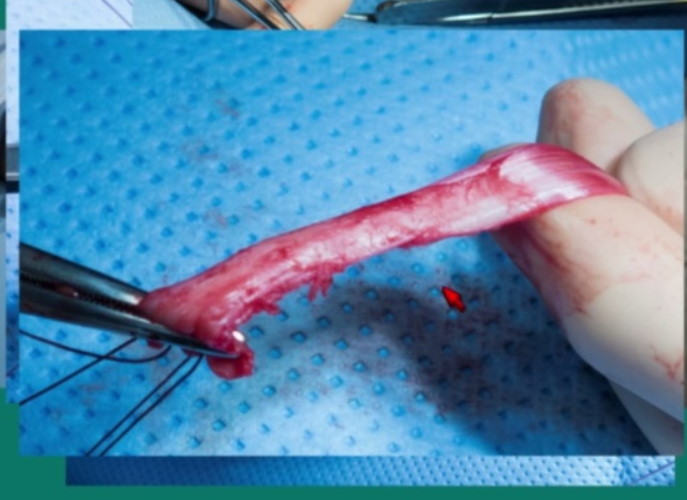 From the MND Archives ~ Dr. Shlomo Raz, UCLA Urologist, who is now retired, tells doctors he prefers harvesting a sling from a woman's own body to use rather than polypropylene mesh!