The court ruled that judges erred when they excluded information about the U.S. Food and Drug Administration (FDA)’s 510(k) clearance procedure that allows pelvic mesh onto the market with no clinical trials.

The appellate court believe jurors should have been told that the two devices, by Ethicon Inc. and C.R. Bard were reviewed by the FDA before being brought to market because such evidence had “sufficient probative value” to justify informing the jurors.

The appellate court said to omit the 510(k) background “deprived defendants of a fair trial, most poignantly with respect to the state-of-mind and venal conduct issues that underlie the punitive damages awards.”

The appellate court admits that other courts have decided to exclude information about the 510(k) but in overturning these cases believe the court can adopt such proof with appropriate limiting instructions. Otherwise the plaintiff counsel could give jurors a “skewed impression of the totality of circumstances.”

In order to get the majority of medical devices on the market, a manufacturer needs to prove to the U.S. Food and Drug Administration (FDA) that there is a substantially similar device already being sold. So the manufacturer files paperwork and the FDA can approve a device for sale within 90 days.

In prior cases, trial judges have decided not to include issues related to the FDA to avoid putting the intricacies of the agency on trial, thereby avoiding juror confusion and saving time.

In fact, the trial judge in Hrymoc ruled:

At the time Ms.  Hrymoc was implanted, Prolift was Class II or considered a moderate risk device that didn’t require clinical trials to be marketed. In 2016, the FDA reclassified Prolift and other POP meshes as “high risk” or Class III raising the bar on clearance and requiring clinical trials to assure safety and efficacy.

But the appellate court decided, “We have substantial concerns that the complete exclusion of any mention of defendants’ passage of the FDA clearance process could have easily led some jurors to incorrect presume that defendants recklessly sold their defective mesh products to the public without any restraint.”

[Editor Note* It’s already been shown that in 2005, Prolift was marketed by J&J bypassing ANY FDA review. The company just started selling it. They later explained they didn’t think the FDA needed to be alerted because its Gynemesh Prolene Soft was already on the market, which could lead jurors to conclude J&J showed reckless behavior.]

The court says that is not true even if the 510(k) process is not as “rigorous as premarket approval” which is applied to a new drug application to the FDA.
‍

The overturned cases are Elizabeth Hrymoc, who received a Prolift and TVT-Obturator, and Mary McGinnis who was implanted with a Bard Avaulta Solo Anterior Synthetic Support System. Both cases were heard in Bergan County Superior Court in New Jersey.

Adam Slater tried the Hrymoc and McGinnis cases, while Lori Cohen and David Kott of Greenberg Traurig were counsel for defendants.

Jurors awarded Hrymoc $5 million in compensatory damages ($1 million for her husband), and $10 million in punitive damages after finding her pelvic meshes defective in design and accompanied by inadequate warnings.

McGinnis was awarded $33 million in compensatory damages and medical expenses, along with $35 million in punitive damages to both. The jury found the defendant was liable for design defect and failure-to warn her implanting doctor.

Both cases were appealed before the trial judge, with J&J asking for a new trial, which was denied. Bard and J&J then took the appeal to the higher appellate court arguing that the lower court judges erred by excluding any proof the companies had cleared their respective meshes through the FDA under 510(k).

Both the Prolift and Avaulta were withdrawn from the market by their respective companies after women began experiencing complications. The TVT-O remains on the market.

The cases are now remanded for a new trial.

MND, The Launch of Prolift Pelvic Mesh- What the Company Knew, MND,January 9, 2015

In the case of Ethicon’s Prolift and TVT Secur pelvic mesh devices – what did the surgeon know before he implanted them in an Arizona woman?

In defective product lawsuits, a failure-to warn the implanting physician has been one of the counts levelled against Ethicon, the J&J subsidiary that makes pelvic mesh implants.

In a March 4 order, an Arizona federal judge dismissed that claim. In doing so, Senior Judge David G. Campbell found the plaintiff, Amanda McBroom, failed to establish that her surgeon would not have implanted the meshes had he been properly warned by the company.

Arizona relies on the “learned intermediary” doctrine, meaning that a manufacturer has adequately warned about the dangers of a device when it gives appropriate instructions on the potential for complications to a “learned intermediary,” or in this case, a doctor who may administer the product.  The assumption is that the profession will pass the appropriate warnings along to the patient.

McBroom in her deposition said she did not recall Dr. Crawford giving her any written information about the warning of the Prolift or TVT Secur before her surgery.

J&J filed a summary judgment motion on the failure-to-warn claim arguing the plaintiff failed to present evidence that Dr. Crawford would have decided not to implant Prolift and TVT Secur, had he known of the extensive and severe risks and been properly warned by the company, Judge Campbell wrote.

In his deposition, Dr. Crawford said he understood the risks and that the two devices were “safe and effective treatment options” for his patients.

The motion for summary judgment was denied on the negligence and negligent infliction claims based on negligent design, strict liability design defect, and punitive damages all remain to be prepared for trial.

Four J&J Vaginal Meshes Named – Will Be Removed from Market

30 Months is Up! POP Mesh is Officially High Risk, Too Late for Many 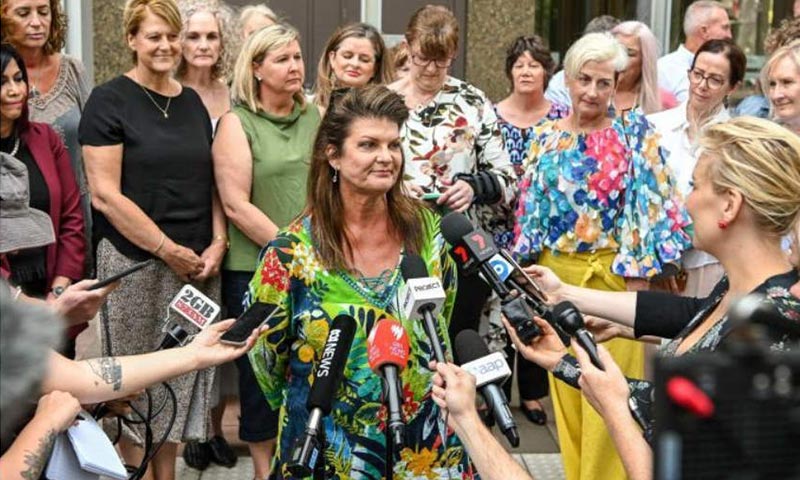