‍Investors in Johnson & Johnson (J&J) note that it is trading lower after the U.S. Supreme Court rejected its appeal of a $2.1 billion payout for women injured by J&J’s talc products. The high court did not comment Tuesday in refusing to consider J&J's appeal.

The company had already set aside nearly $4 billion in litigation expenses and settlements.

The 2018 verdict by a St. Louis jury awarded 22 women from a dozen states $4.7 billion in compensation. The women all claimed they developed ovarian cancer after using talc-based powders for many years. J&J never acknowledged nor did it label its powder as containing asbestos, a carcinogen.

Each woman will receive $25 million in damages. There is also an additional $4 billion in punitive damages, making it the sixth-largest award in U.S. legal history.

An appellate court later reduced the verdict to about $2.1 billion. Houston-based attorney Mark Lanier was the lead attorney for the women.

“This decision sends a clear message to the rich and powerful: You will be held to account when you cause grievous harm under our system of equal justice under law,” said Lanier in a statement.

In its petition to the Supreme Court (SCOTUS), J&J tried to have tossed a decision by the Missouri appellate court that the company engaged in “reprehensible conduct” by making and selling asbestos-containing talc in powder products which is a known carcinogen.

J&J argued but later took its talcum-based baby powder off the market. It remains on the market outside of the U.S. The company's baby powder is now made from cornstarch.

Supreme Court Justices Samuel Alito and Brett Kavanaugh refrained from the SCOTUS action due to conflicts of interest. Alito owns J&J stock, and Kavanaugh’s father headed a lobbying association that worked to avoid labeling talc a carcinogen on products such as baby powder.

What’s Wrong with the MDL System of Conflict Resolution?

SUBROGATION & MESH– What it means and why you must understand it 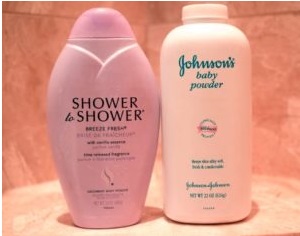